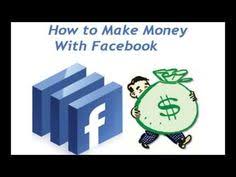 It came up conversationally, but I believe I’m the only person at my company to have firsthand experience as a user of Facebook.com.  It was kind of funny to have all these online advertising professionals asking me all about the website everybody used in college.  Didn’t they get the memo?  I’m new.  I should be asking the questions around here.  The subject of Facebook.com is an interesting one that’s worth a closer look.

Without question 2005 was the year of MySpace.  Before Rupert Murdoch’s $580 million social networking venture took the interactive world by storm, it’s difficult to believe that even the most optimistic of the billionaire’s lackeys would have predicted that new acquisition would more than quadruple its reach within a matter of months.  With 23.5 billion page views by February, MySpace became the second most trafficked site on the Internet.

Facebook.com is essentially an online medium of communication for college students and high schoolers.  For its valued reach Zuckerberg and his crew of Harvard dropouts (taking their cue from Bill Gates, no doubt) must be looking for Google-sized compensation, but the two billion dollar figure is arbitrary and difficult to justify.  Perhaps Facebook is emboldened by their own wise decision in not selling to Yahoo for $15 million in 2004.

Zuckerberg was likely trying to establish a market value for his creation, not an unwise move on the face of things.  However, Viacom’s offer was not by any stretch of the imagination pocket change and the number of entities that can and will double the bid Facebook already got is finite.

Facebook’s traffic numbers, as referenced on Alexa.com, during the last three months are not encouraging; that is, if the goal is to fish for more and greater buyout bids.  The numbers actually have trended downward since March, anathema for enticing hyper bidding growth.  These diminishing statistics can be at least partially attributed to the cyclical nature of the school year since Facebook, after all, is geared towards the college student.  It doesn’t matter how great the product is, it won’t keep students from doing their own thing during summer vacation and this yearly dip is potentially damaging.

Seeing as how fast online fads can expand and contract in social networking as we’ve seen in its short time span, what if the numbers don’t come back?  What if something new pops up in two months that steals Facebook’s thunder?  (And, again, MySpace’s success serves as good reason why this thunder is worth stealing.)

Facebook.com’s success has also been marred with some controversy that could taint its popularity with students.  At Syracuse University a flap over freedom of expression ensued when a Facebook.com group went overboard in critiquing a student teacher and ended up with expulsions from the class and social suspension before three students transferred.  After Penn State’s football team beat Ohio State this year students rushed the field and made a ruckus.  Overwhelmed police made only two arrests that day, but later in the week they logged onto Facebook.com and, like Canadian Mounties who always get their man, got plenty of names and faces and photos from the info posted by students about their on-field shenanigans.  Kids talk and these stories spread like wildfire, which may affect Facebook.com negatively – they can’t control misuse of their product and the negative repercussions that come from it.

The future is promising for the social networking business space and I don’t believe Facebook.com is doomed.  Still, given the nature of short-lived and over-hyped dotcoms, Facebook may have reached their growth climax this school year, with possibility for expansion and success only contingent on acquisition.  Time may not be on their side because as the pages of the calendar turn there will doubtlessly be new fads and trends that will threaten to make something else the “Next Big Thing” at Facebook.com’s expense.   The clock is ticking.

"FEED ME!" When Prospects Become Parasites! 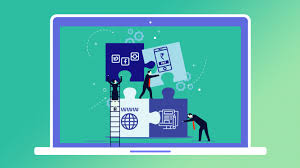 When you hear the word "leech", most often you think about squiggly, squirmy, slimy little bloodsuckers that don't really offer you very much in return for using your body as a twisted sort of beer-tap. After all, that's what leeches do, and while they have practical applications (such as assisting in the re-attachment of various appendages - eeeeewwwww), for the most part, these are creatures that you're better off avoiding. If for no other reason than they're just really creepy members of the animal kingdom. In business, leeches exist as well. Both in human form, and in an intangible form. "Resource leech" is a term often used in the programming industry to describe an application on your computer that somehow saps it of every bit of energy. "Resource leeches" in the business world are people or things that take up huge amounts of your time without offering you anything in return. And they are downright dangerous. When you deprive your b…
Baca selengkapnya 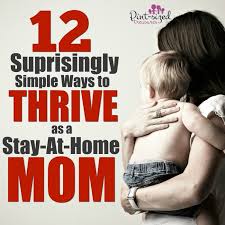 I've unearthed some surprising bits of wisdom for new wahms by listening to Johnny Cash lately. I thought I would share some of these tidbits from the Rockabilly legend.1) Understand Your Man ...er, target market!That's right. Do you understand your target market? Are you aware of her needs, desires and driving ambitions?Does your website speak to your target audience? If not, perhaps you should make some changes or your website visitoror customer will be "as gone as a wild goose in winter" too!2) A Boy Named SueLife ain't easy for a boy named Sue...and life ain't easy for a wahm either.  In your business you will have those confidence killers, dream stealers, fun suckers...whatever you want to call them. You will have people who try to tell you that you can't achieve your goals, that what you try won't work. Don't let them get you down! Sue's father told him, "This world is rough, and if you're gonna make it, you've gotta be toug…
Baca selengkapnya